When their husbands go to jail, Kathy (Melissa McCarthy), Ruby (Tiffany Haddish), and Claire (Elizabeth Moss) begin running the irish mob in 1978 Hell’s Kitchen. They encounter some opposition, but learn how to fight it, sometimes intimidating and killing those in their way, even striking a deal with the head of the Italian mafia.

When their husbands are released, tensions arise over control, and some of the men put a hit out on the women. Claire kills her abusive husband, and most of the rest of their opposition (including Ruby’s husband) is killed, but one young mob member who Kathy said should be spared kills Claire, igniting tension between Kathy and Ruby, who has become much more aggressive and thinks it’s Kathy’s fault that Claire died.

It turns out Ruby set up their husbands to be arrested in the first place, and has been planning the mob takeover from the start, wanting to take power. When she discovers her husband went behind her back to the Italians, Kathy lets him be executed.

Ruby plans on killing Kathy, but when Kathy arrives at their meeting with half the Irish mob, the two women reach an understanding and continue running it together. 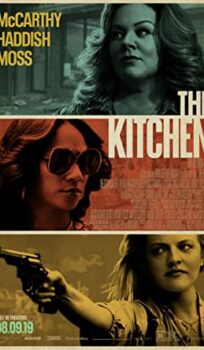