The takeover of the castle interior is successful. Colonel Winter (James Gandolfini) orders his men to kill Irwin (Robert Redford) to prevent him from raising an inverted flag. When they refuse, he shoots Irwin himself. Irwin manages to raise the flag, upright, before he dies Winter is arrested. 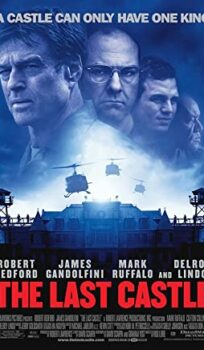