The Last House on the Left

A great piece of grindhouse cinema based on Bergman’s Virgin Spring that was released to drive-ins on a double bill with Don’t Look in the Basement.

After figuring out that their guests have murdered their daughter and her friend, Mr. and Mrs Collingwood (Gaylord St. James and Cynthia Carr) exact a horrible revenge against Krug (David Hess) and his friends that make them just as vile and repungnant as their daughter’s killers. Weasel (Fred Lincoln), Junior (Marc Sheffler), Sadie (Jeramie Rain) and Krug are all killed via, castration, gunshot, slashed throat, and decapatation by chainsaw respectively. 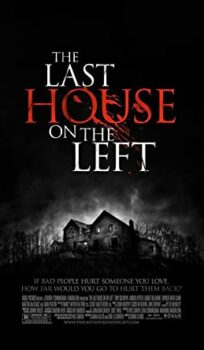