Lovable but corrupt Frank Skeffington (Spencer Tracy) has been elected mayor four times and expects to be re-elected easily, despite the longtime opposition of rich WASP bankers and businessmen like his father-in-law Roger Sugrue. Skeffington has built a powerful Irish-American political machine that he expects will deliver the votes he needs.

But on the evening of Election Day, early returns show that he is losing. His old-fashioned political machine is no longer as powerful as it was, because the city’s demographics have changed and because Skeffington didn’t understand the importance of the new medium of television. Skeffington loses the election, and the rich WASPs who’ve always hated him celebrate. Skeffington concedes defeat cheerfully, but stuns his enemies and thrills his admirers by confidently proclaiming that he’s going to run for governor next year!

In reality, Skeffington is old, tired and in poor health, and the election took a huge toll on him. He has a heart attack shortly after conceding, and lies in bed, dying. As word gets out of his heart attack, thousands of Irish-Americans gather outside his home to pay their respects. The Catholic Cardinal who had long been Skeffington’s enemy meets him, hears his last confession, and gives him last rites. At Skeffington’s bedside, Skeffington’s father-in-law Sugreue remarks that Skeffington would surely do things differently if he had his life to live over again. Just before dying, Skeffington scoffs, “Like Hell I would.” 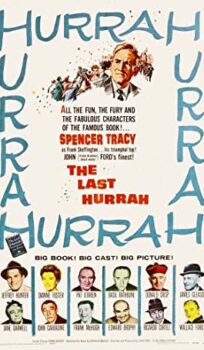