The project director of Project 5 at Virtual Space Industries (VSI), Timms (Mark Bringleson), who is working for a mysterious agency called “The Shop,” is ordered by the Shop to replace the psychotropic drugs that is one of the things enhancing Jobe’s (Jeff Fahey) intelligence with the “aggression factor” drugs so Jobe could become the super soldier they’ve been wanting, without Dr. Lawrence Angelo’s (Pierce Brosnan) knowledge. As a result, Jobe – who already developed telepathy – develops telekinesis and sees his powers growing even stronger, but his sanity also starts being negatively affected.

Dr. Angelo finds out about the Project 5 injections while out meeting members of the Shop in Washington, D.C. for more funding on the intelligence enhancement part of the project, and later Timms tells him that the Shop wants Jobe brought to their office for a personal demonstration of his capabilities. He also has Shop personnel try to take Dr. Angelo, but Dr. Angelo escapes them and makes a beeline for home.

Jobe, meanwhile, has gotten revenge on the people who abused him when he was retarded, killing Father Francis (Jeremy Slate) and his young friend Peter’s (Austin O’Brien) abusive father Harold (Ray Lykins), and renders Jake (John Laughlin) a vegetable. He also accidentally gives his new girlfriend Marnie (Jenny Wright) permanent brain damage after a virtual reality trip he puts her on at VSI severely traumatizes her.

Dr. Angelo returns home and finds out about the murders from the investigating police officers, but then Jobe telepathically makes the police officers write them off as “bizarre accidents.” Dr. Angelo sees Jobe leaving the scene, and then finds him in the basement of his home. Jobe tells him that he intends to enter the mainframe computer at VSI and from there reach into all of the world’s systems, eventually becoming a total master of the world through these systems. His “birth” would be signaled by every telephone on Earth ringing in unison.

Jobe then learns from Dr. Angelo’s thoughts that the Shop has sent a unit to capture him, and Jobe quickly dispatches of them when they arrive. He then returns to VSI, getting rid of the guards and torturing Timms, and uses the lab equipment to access the mainframe computer. Dr. Angelo comes to VSI with Peter & his mother Carla (Rosalee Mayeux), where he tells them to wait outside and then he goes in and readies bombs to destroy the place. He enters the main lab, where he sees what Jobe is doing and cuts the network connections. A frantic Jobe then begins to search for an escape route into the systems.

Dr. Angelo enters the mainframe to talk to Jobe, but Jobe incapacitates him and continues to search for an escape route until he notices that Peter is in the building. Not wanting to see Peter die, he frees Dr. Angelo so he can get Peter out. Dr. Angelo succeeds in doing so, and Jobe finds an escape route mere moments before the VSI building explodes.

Some time after, Dr. Angelo notes in his audio diary that he’s taking his work back underground, to prevent it from falling into the wrong hands again. When he, Peter, and Carla are about to leave for somewhere, Dr. Angelo hears his telephone ring, followed by another phone ringing, and then it shows hundreds around the world ringing. 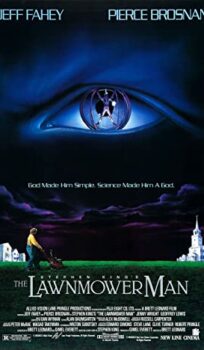