Two men, Thomas Wake (Willem Dafoe) and Ephraim Winslow (Robert Pattinson), must endure a month of working together in a lighthouse. Wake forces Winslow to do the grunt work while Wake handles the light at the top, which he sits next to in the nude. Winslow grows more and more curious as to what Wake sees up there.

Winslow is annoyed by a half-blind seagull throughout his time there, culminating in him bashing it against a rock. This comes after Wake told him killing seagulls is bad luck. Winslow starts to experience bizarre hallucinations, including one of a mermaid. He and Wake spend most of their time drinking and driving each other mad. Winslow even admits that his name is really Thomas Howard and that the real Ephraim Winslow was a man he killed.

As a powerful storm rages on the island, the men find themselves with no way of getting off. Winslow finally attacks Wake and takes his keys to go to the top of the lighthouse, but Wake almost overpowers and kills him until Winslow gains the upper hand and puts an axe in Wake’s head. Winslow goes to the top of the lighthouse and sees something that makes him laugh madly but causes him to fall down the stairs. When he wakes up, he finds that seagulls are eating his insides. 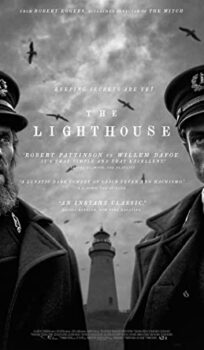