Luke is the lightning thief. He stole the lightning to create a war between Zeus, Poseidon, and Hades in the hopes that it would destroy the old gods so that the demigods could rule Olympus.

Percy and Luke fight, Percy wins. When he returns the lightning to Olympus, Zeus calls off the war, and Poseidon speaks to Percy, saying he will always be there.

Percy and his mother Sally go back to Camp Half-Blood, where Percy aims to continue training. Sally tells Percy that she has kicked out Gabe, his disgusting stepfather.

At camp, Percy meets a newly appointed senior guardian Grover with sprouted horns (released by Persephone) and goes to the training fields to spar with Annabeth.

After the first credit break, we see Gabe breaking a lock on his refrigerator, only to find Medusa’s severed head inside. 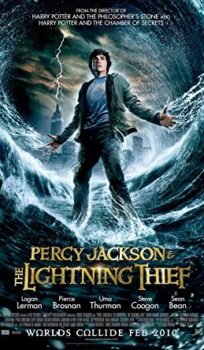