Six years after WWII, Frank Prior (Lloyd Bridges) returns to England to visit his wartime girlfriend Pauline (Moira Lister).  In line at the airport, the man next to him is shot by a sniper.   The dead man has papers indicating he is Kendall Brown.  Kendall was blackmailing Pauline, and she is an expert marksman.  The police suspect Prior was part of the plot, detaining the line to keep Kendall still for her to shoot.

Kendall was blackmailing Pauline, to bring illegal goods into the country in her speedboat.  Kendall shows up again.  He hired a man who looked like him to “bring his papers back from America”.  Kendall has an accomplice, George.  George is “the limping man” whose footprints are easy for the police to identify.  George shot the man, so the police would then think Kendall was dead.  (The man, of course, had no idea he would be killed.)  Kendall’s wife, who was in on it, identified the body as Kendall.

Kendall takes Pauline to the theater where Kendall’s wife and George work.  Kendall needs to leave the country, and demands that Pauline take him across the channel in her boat.     Prior shows up with the police.  Pauline gets away from Kendall and tells the police that Kendall is alive. Kendall knows the police are looking for him, so he kills George.  Kendall tries to leave the theater wearing George’s coat and cane.  Prior catches him and the two fight.

Just as Kendall is about to kill Prior, Prior wakes up. Prior was asleep on the flight to England, and everything that happened was his in flight dream. 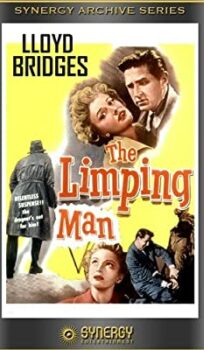