The Little Girl who Lives Down the Lane(1976)

13-year old Rynn (Jodie Foster) will go to unimaginable lengths to insure that no one realizes she has been living alone since her father died several months earlier.

While Rynn is at the hospital visiting Mario (Scott Jacoby), Frank (Martin Sheen) sneaks into her house. In the basement, he finds evidence that can link Rynn to the deaths of her mother and Mrs Hallet.

When Rynn returns home, Frank confronts her with the evidence and indicates that he will keep her secret if she enters into a sexual relationship with him. After some arguing, Rynn reluctantly agrees to Frank’s demands. She then goes into the kitchen to make tea for them. While she’s preparing the tea, Rynn pours some of the poison she used to kill her mother into one of the cups. When Rynn offers him a cup of tea, Frank senses something is wrong and demands to switch cups with her. Rynn gives Frank her cup, which is the one that has the poison inside it. As Frank begins showing signs of the poison taking hold, Rynn stares off into space. 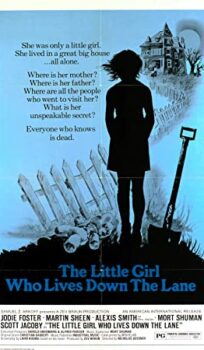