The Little Prince finishes recounting the story of his journey to and adventures on Earth to the Pilot with the story of his friendship with the Fox, in which he learned the nature of love: that it comes from the time and care beings spend upon each other, which makes each unique to the other. (“It is only with the heart that one can see rightly; what’s important is invisible to the eye.”)

The next day, just as the Pilot finally fixes his airplane, he discovers the Prince has allowed himself to be bitten by the Snake. The Prince explains that he had to do this for his spirit to return to his asteroid – his body is too heavy to make the trip. He promises the Pilot, who keeps vigil over him into the night (and finishes the trappings for his sheep to keep the Rose safe) that he will hear his laughter in the stars.

Come morning, the Pilot wakes to find no trace of the Prince and he grieves that this may have all been a dream, but as night falls and the stars comes out, he indeed hears laughter. With that comfort, he flies back to civilization. 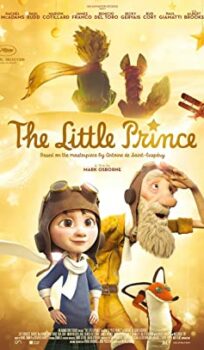