Vinnie (Jessica Collins) has sex with Jimmy (Chris Evans) in his car. Afterwards, she asks him to run away with her.  She tells him she doesn’t want to marry a wealthy man she feels no passion for, and that she’ll have financial freedom because she knows where both of the earrings are.

He pleads with her to return the earrings on her own, which she does only grudgingly.  Later she mentions that she’ll be marrying that banker after all.

Fisher (Bryce Dallas Howard) has taken something from the medicine cabinet (an opiate presumably) and gets high for a while.  She confesses to the entire party that she was not in school but an overseas mental hospital.  She goes upstairs and keeps her promise to Aunt Addie, giving her her medicine to commit suicide and die peacefully.

Jimmy drives Fisher home, and on the way they stop to look at the moon.  She asks him to marry her (apparently not caring that he just had sex with someone she hates) to let her try to make amends for herself and her father.  She says he doesn’t have to love her, but that maybe he could learn to like her.  He kisses her. 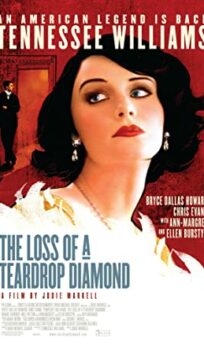