A few days later in San Diego, Peter holds a press conference announcing his acquisition of the Tyrannosaurs to some reporters, but is called away to the harbor master’s office where he learns the freighter carrying the adult is going at top speed towards the dock. The ship plows through the dock, where Peter soon learns the Tyrannosaurus was accidentally revived on board and killed nearly all of the crew. It escapes and begins a rampage throughout San Diego. Ian and Sarah, who were there to attend the press conference, learn from Peter that the infant Tyrannosaur was being kept in the new Jurassic Park, so they take it, find the adult, and get it to follow them back to the dock. They put the infant in the cargo hold of the freighter before jumping over the side into the water to escape Peter, but Peter soon enters it to try and reclaim it. However, the adult arrives, and it lets the infant kill Peter. Sarah manages to tranquilize the adult and close the cargo hold doors in time, before InGen soldiers Peter called to the scene can shoot it.

News footage the next day shows the freighter, along with U.S. Navy escorts, returning the adult and child Tyrannosaurs back to Isla Sorna. The news then goes to John Hammond (Richard Attenborough), who tells the audience that it was imperative for the Costa Rican Department of Biological Preserves to establish a set of rules to preserve and isolate the island, and that the creatures require our absence to survive, not our help, and that if we stood aside and trusted in nature, life would find a way. 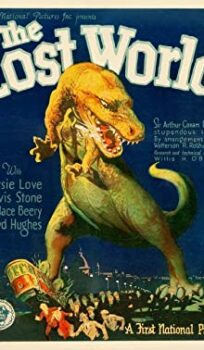