Jibran and Leilani (Kumail Nanjiani, and Issa Rae) have been together for four years, but their constant bickering and disagreeing has led them to realize they should break up. Suddenly, they are involved in a murder when a man takes their car and kills another man. The former couple are forced to go on the run and clear their names.

The two learn from one couple that there are pictures being used as blackmail against them, leading them to a group of frat boys who are sending the pictures who get killed by the same killer from before. Jibran and Leilani get closer to the end as they find a lead to their next location.

The cops raid the location where they end up at, which is a front for a sex cult. The couple are vindicated since camera footage shows they are innocent, but the killer cop catches them and tries to execute them, but Jibran and Leilani fight and take him down.

The couple reconciles and competes in The Amazing Race. 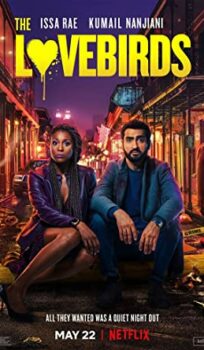