Rosa, a young maid, begins work for Teo family in Singapore during the Chinese Ghost month. Due to some cultural mistakes on her part, Rosa begins to see numerous ghosts, including a woman in a red dress. The ghost finally confronts Rosa and reveals the truth of her death.

The ghost is of Esther, the previous maid of the Teo family. Mr. and Mrs. Teo had a mentally handicapped son Ah Soon who loved Esther very much. However, one day he unintentionally raped her, not understanding what he had done. Esther tried to leave, and afraid she would report their son, Mr. Teo killed Esther by suffocation and burning her alive. Ah Soon is revealed to be a ghost; he committed suicide shortly after Esther’s death over losing her.

Mr. Teo knocks out and kidnaps Rosa and Mrs. Teo reveals they hired her solely as a sacrifice to marry their dead son. However, Ah Soon remembers what really happened to Esther, and pushes his father into a table full of candles. The ghost of Esther then sets them ablaze burning Mr. Teo to death and helps Rosa escape. Mrs. Teo follows Rosa outside with a knife only to be killed by a speeding truck.

The film ends with Rosa heading to the airport to go home, taking an urn with Esther’s ashes so she can finally rest in piece. The ghost of Teo family watch her as she leaves. 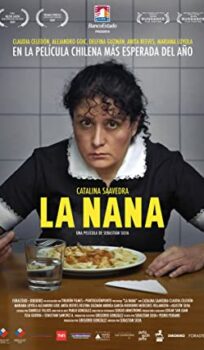