Between Chuck (Nick Stahl) finding out the truth about his father -having committed suicide in an asylum, due to alcohol and mental issues-, after his step-sister Gloria (Fay Masterson) spitefully reveals it, and not only his mother Catherine (Margaret Whitton) but the entire town mistakenly suspecting that Justin (Mel Gibson) was sexually abusing him -this, due to the very close bond they had established over Justin tutoring the boy, to help him improve his academics-, things start to fall apart between teacher and pupil. These suspicions arise even further when local Police Chief Stark (Geoffrey Lewis) comes by Justin’s house, looking for Chuck -after he ran off distraught upon the truth about his father-, and sees the boy come to the door wearing only his underwear -Justin was seen comforting him over this sad event and just let him sleep over in one of the empty rooms of his house.

Eventually, over his mother’s insistent inquisitiveness and him being taken to a psychiatrist (Zach Grenier) -who seemed to be only interested in hearing Chuck admit sexual abuse from Justin-, Chuck digs into his tutor’s past, finds information about the car accident that disfigured Justin and caused the death of a student riding along with him and confronts him about it. Justin, who has now being all but barred from contacting Chuck, tells him the truth: because of this tragedy, he was unfairly branded a child molester, sent to jail for involuntary manslaughter and shunned by the entire town, which turned him into the lonely recluse he had been ever since. He also manifests how disappointed he is in Chuck for even hinting at paying attention to all that malicious rumouring when, all along, he treated the boy with nothing more than the deepest love and respect.

Justin gets called in for questioning and they try to goad him into falsely confessing about Chuck, which he sternly rebuffs, while reminding them they had no right to keep judging him just because of his visible burn scars over half of his body. Despite claiming innocence, he is run out of the area and forbidden from ever reaching to Chuck again. Nonetheless, he leaves a letter for the boy -which Chuck finds and reads-, wishing him the best and reminding him to be tolerant of those who are different. The plot forwards four years ahead, showing Chuck (played as an older teenager by Robert DeDiemar Jr.) successfully graduating from the Military Academy. He distinguishes a familiar, but faceless, figure in the distance waving at him and he gleefully waves back. In voiceover, he comments how now, when he looks into the crowd, he can finally see a figure that looks proudly on him, thus indicating that Justin managed to be the fatherly figure he had lacked his entire life. 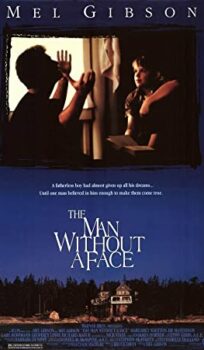