Jim Hanson (Liam Neeson) is a former marine who encounters a Mexican woman, Rosa (Teresa Ruiz), crossing the border with her son Miguel, as they are running from cartel leader Mauricio. Rosa is killed and leaves Miguel in Jim’s care with stolen cartel money and asks that he take him to family in Chicago. Mauricio and his men pursue after Jim shoots and kills his brother.

Jim bonds with Miguel on the road, even as they are pursued by the cartel and Jim’s cop stepdaughter Sarah. Mauricio kills Jim’s dog Jackson, as well as several other people in his pursuit of the two. They catch up to the two near a farm, but Jim kills three of Mauricio’s thugs before facing off with him on the farm. Jim gets stabbed but manages to shoot Mauricio in the stomach before leaving him with one bullet to give him his last choice. Mauricio chooses to shoot himself.

Jim successfully brings Miguel to his family, but when he gets on the bus, it is implied that he may die from his stab wounds. 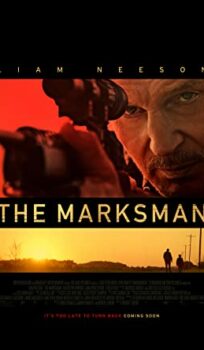