After their deaths during the previous war with the machines, Neo and Trinity (Keanu Reeves and Carrie-Anne Moss) are resurrected by a program called The Analyst, who poses as Neo’s therapist in The Matrix. Neo has been living as Thomas Anderson again, now a video game designer who turned the original Matrix trilogy into a game franchise, while Trinity is now Tiffany and is married with two kids. Neo is found by a reborn version of Morpheus and a woman named Bugs (Jessica Henwick), who leads a resistance crew called the Mnemosyne. They pull Neo from The Matrix and convince him that everything he thought was a dream is real.

Neo wants to get Trinity out of The Matrix, but it is complicated by certain risks, such as the crew believing Trinity may prefer to be where she is. Niobe, who is now general of the crew, admonishes them for going against her orders and bringing Neo back, but eventually comes around and agrees to help them save Trinity.

Neo faces off against The Analyst (Neil Patrick Harris) and his Agents in The Matrix, but Agent Smith (Yahya Abdul-Mateen II), who refuses to be under The Analyst’s control, forms a brief alliance with Neo to help him and Trinity get out. They manage to escape the villains and are reunited outside of The Matrix once again.

Neo and Trinity threaten The Analyst’s life if he should ever interfere and try to control them again, and they head off to restore balance to The Matrix. 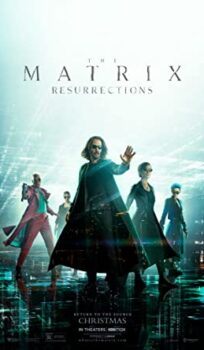