Arthur Bishop (Jason Stratham) is a hit man who specialises in making his kills look like natural causes or accidents. When he is contracted to kill his own boss and friend, Harry McKenna (Donald Sutherland), by Harry’s partner Dean (Tony Goldwyn), he does so by shooting him with his own gun, which he keeps as a memento. Bumping into Harry’s son Steve (Ben Foster), Arthur takes him on as an apprentice, largely to assuage his guilt over killing his father.

Steve trains well but is a bit of a loose cannon, disobeying instructions and making mistakes on several jobs. The pair manage to succeed anyway, but when Arthur finds evidence clearing Harry and implicating Dean in framing him, they go after Dean. They get to him in a bloody slaughter and kill him.

Unfortunately, along the way Steve finds his father’s gun at Arthur’s house and realises that he killed his father. As they make their way back from the mission to kill Dean, Steve blows up their truck at a gas station as Arthur waits in it. Steve goes to his house and climbs into Arthur’s classic car, but a note on the seat informs him that Arthur knew he would double cross him. As he reads it the car explodes, killing him. In a flashback we see that Arthur escaped the car explosion and the film ends with him alive and well. 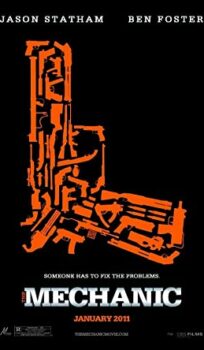