Jerry (Brad Pitt) figures out that Leroy (James Gandolfini) is a henchman of the evil Nayman (Bob Balaban) and shoots him. After several near-escapes, about half a dozen near-endings, and the gun being traded among half the film’s cast too many times, Sam (Julia Roberts) shoots Nayman with the infamous gun in order to save Jerry’s’s life (as foreshadowed in a flashback about the gun’s history). Sam and Jerry drive off together, squabbling, into the sunset. 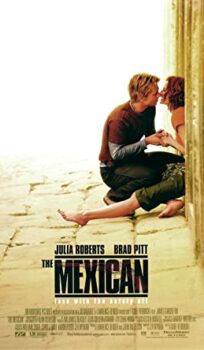