Just after Angela Bennett (Sandra Bullock) sends the incriminating data about The Gatekeeper program to the FBI via the Internet, hired gunman Jack Devlin (Jeremy Northam) and his cohort, Ruth Marx (Wendy Gazelle), catch up with Angela at the computer expo. He pushes her aside from the keyboard, and Jack hits the escape key to cancel the information before it is sent to the feds.

Unbeknownst to Jack, Angela had just seconds earlier inserted a different diskette into the computer, a diskette containing a virus that wipes out computer programs when the “escape” key is hit. In the panic of destroying his boss’ multi-million-dollar Gatekeeper program, Jack doesn’t notice that Angela has taken off into the bowels of the convention center. When they finally notice that she has escaped, Jack and Ruth take chase. In the dark of the back rooms and alleyways of the convention center, Jack mistakenly shoots Ruth thinking it is Angela. Angela then kills Jack by hitting him on the head with a fire extinguisher, and he falls to his death from the catwalk high above the floor.

We find during the last minute of the movie that Angela gets her identity back, the conspiracy of The Gatekeeper program is revealed to the country (it was going to be used to hack high-security government agencies), and Angela’s Alzheimer-striken mother moves in with her. 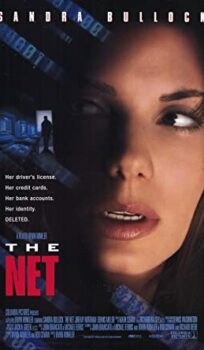