John Brennan’s plan to break his wife out of jail is successful. He fakes a serious diabetic emergency by replacing his wife’s medical information with faked ones. They bring her out of the jail and to the hospital, where John breaks her out.

The trash bag full of maps that the police find was an intentional set up by John – it is full of fake maps and pictures leading the police to believe they are headed for Haiti, when really they are flying to Venezuela. The police figure it out too late. John, Lara and their son successfully make it out of the U.S. and arrive in Venezuela.

The end of the movie reveals what really happened at the scene of the murder – someone else robbed and killed the woman, not Lara. When the real murderer ran away, they bumped into Lara, transferring the blood to her jacket. The murder weapon was a fire extinguisher, which, after the murder, ended up in front of Lara’s car wheel, causing her to pick it up and move it, placing her fingerprints on the murder weapon. Lara was innocent. 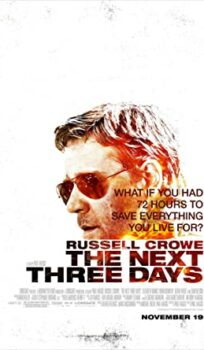