At a social event that Carla (Juliette Lewis) takes Daniel (Giovanni Ribisi) to, Daniel has a little too much to drink, takes the performing band’s microphone, and tells everyone there about the time he and Carla had sex. This highly upsets Carla, and outside, she tells Daniel that she doesn’t want to see him anymore.

As Daniel is heading to Florida to live with his mother, since his dad won’t pay his rent anymore, he understands just how much he loves Carla, and proceeds to make his way back to San Francisco. Carla also understands how much she loves him despite his error. At Carla’s sister Caroline’s (Poppy Montgomery) wedding, Daniel arrives, and he asks Carla to marry him, and she accepts. At the reception, Carla’s mother Elizabeth (Diane Keaton) tries to talk Carla out of marrying Daniel, saying that she wasn’t ready for something like that yet and that Daniel couldn’t even take care of himself, but Carla gets angry with her and tells her to stop trying to tell her what to do. Carla also tells her she doesn’t have to come to the wedding if she doesn’t want to, and then she leaves. 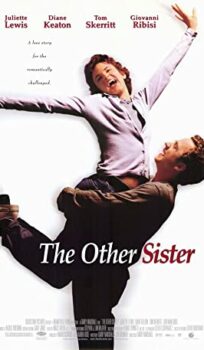