Pooper:
The three women confront Mark, get Kate’s divorce, and expose his illegal activities to his employer. Kate gets Mark’s old job, Carly marries and is pregnant with Phil’s child, and Amber marries Frank.

Long Ending:
The film starts by showing a whirlwind romance between high-powered New York attorney Carly Whitten (Cameron Diaz) and business-innovator Mark King (Nikolaj Coster-Waldau). Carly is so enamored that she stops dating all her other paramours, much to her legal assistant Lydia’s (Nicki Minaj) surprise. Carly is upset when Mark breaks a date to meet her father Frank (Don Johnson) when he claims water pipe broke in his home. Frank encourages Carly to surprise Mark, so she ventures to his Connecticut home in a sexy plumber outfit. To Carly’s surprise, Mark’s wife Kate (Leslie Mann) answers the door. Carly makes a lame excuse regarding her arrival and runs off, fully intending to cut Mark out of her life

The next day, however, Kate arrives at Carly’s office and confronts her. Carly admits her unwitting role in the affair and Kate begins having a panic attack. Carly takes Kate out and gives her some advice over drinks before sending Kate back home. Carly is surprised when Kate arrives at her apartment the next day. Kate admits she has no job, no friends that are not also Mark’s friends, and no one to confide in. The women bond and soon become friends. It is also revealed that most of Mark’s business ideas come from Kate.

One night, Kate secretly overhears Mark having a covert phone call with another woman. Assuming Carly has gotten back together with him, she confronts her. Carly denies resuming the affair and the two women follow Mark to the beach where they find him with another much-younger woman. The pair eventually confront the new girlfriend named Amber (Kate Upton). Amber explains that Mark told her his wife had cheated on him and they were going through a divorce, after which, he would marry Amber.

The three women all stay at Kate’s brother’s beach house and become fast friends. Carly is immediately smitten with Kate’s brother Phil (Taylor Kinney). Carly becomes even more impressed when she learns that she drunkenly made a pass at Phil, who turned her down like a gentlemen. The three women decide that they want to make Mark feel the pain he put them through. Kate begins giving him estrogen and replaces his shampoo with hair-removal product. Carly begins looking into Mark’s finances and slips laxatives in his drinks. Amber gets Mark to agree to a three-way, only then revealing that the third partner is a cross-dressing man. Phil warns Carly, however, that Kate does genuinely love Mark and soon she will be crushed.

With Frank’s help, Amber and Carly realize that Mark is embezzling money from his employers using a dummy corporation. They call Kate, who had just come back from a romantic weekend trip with Mark where they reminisced about their humble beginnings and seemingly reconnected. Kate tells the women she is not leaving Mark or helping them any further.

Kate soon realizes that Mark is indeed engaging in illegal activity and that he plans to go to the Bahamas that weekend to collect the embezzled money (and since the money was stolen under-the-table, she realizes he would not have to share it in a divorce). She asks Carly for help, but Carly says that she has decided to put Mark and their revenge scheme behind her. Kate decides to fly to the Bahamas to confront Mark anyways.

Upon returning to New York, the three devise a plan. Lydia invites Mark to a fake investor’s meeting and then locks Mark into a glass meeting room with his wife and lovers. They confront him, call him an ass and demand he sign divorce papers. They also say that they have drained his Bahamas accounts (as Kate, the CEO, actually controls the money). He threatens to call the police on Kate, but they explain that she has returned all of the money to the employer he stole it from and the employer has agreed not to press charges against anyone. At that moment, Mark’s boss walks in and fires him. In a fit of rage, Mark accidentally walks into the glass door and breaks his nose. After he checks online to find out his accounts have really been emptied, he flies into a greater range and actually walks through the glass wall of the meeting room, destroying his fancy clothes in the process. Mark runs downstairs to find his car being towed as he parked it in a no-parking zone. Frank then walks up and punches Mark in the face for messing with the three women.

The film ends with the women still being close friends. Having discovered that Kate devised all of Mark’s business ideas, Mark’s former employers have now hired her to fill his role. Carly married Phil and they are expecting their first child as they live together in his beach-house. Amber married Frank, though Carly refuses to call her “Mom.” 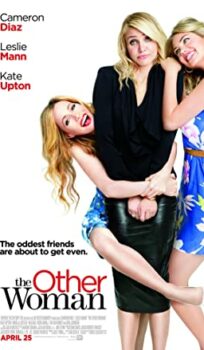