After another attack by the killer pack of dogs, Jerry (Joe Don Baker) comes up with a plan to kill them all at once. First, he gets his wife, his kids, and Walker (Ned Wertimer) and Marge (Bibi Besch) out of the marine biology station and into a truck and tells them to drive to the other end of the island. Once they are gone, he tells Hardiman (Richard B. Shull) to hide in the other truck that was there while he lured the pack into the station. Once all of the dogs were inside, Hardiman would have to get out of the truck and blockade the door, douse the place with gasoline from the gas drum, and then light it on Jerry’s command.

Jerry succeeds in getting the dogs to follow him inside, and Hardiman does as instructed. As the place turns into an inferno, Jerry does battle with the pack’s leader in the attic, but he manages to escape out of the attic’s window and get to the ground. The leader tries to jump down after him, but ends up impaling itself on the outlet pipe of a broken water heater on the way down. Jerry and Hardiman get away from the place before the fire hits the gas drum, causing an explosion that ensures the demise of the rest of the dogs.

Jerry’s family and friends return after having seen the smoke, and then Jerry notices nearby the pack’s newest (but timid) recruit – abandoned by its owners at the start of the film – trapped on a downed tree by the rope around its neck. The film ends with Jerry making friends with the dog. 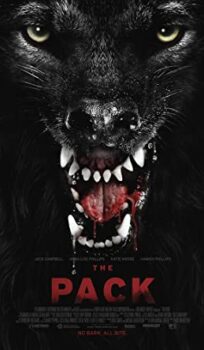