Pooper:
David is given a reprieve from death in enough time to stop Anna from killing herself and their children. David vows to be a good husband and father and prays that his soul will mature before it is reaped.

Long Ending:
Near midnight on New Year’s Eve, a dying charity worker named Edit (Astrid Holm) begs her friends to find a local vagrant named David Holm (Victor Sjöström) and bring him to her before she dies. David is drinking with friends at a cemetery while waiting for the New Year to arrive. He recounts that an old drinking buddy named Georges (Torre Svennberg) used to tell a tale that the last person to die in each year was destined to become the driver of the phantom carriage. The carriage driver must then reap the souls of the damned until he is replaced in the following year. After David refuses to visit Edit, his friends get into a fight with him to try and force him to go. During the skirmish, David is hit by a bottle and seemingly killed just as the clock strikes midnight.

The spectral phantom carriage arrives at the cemetery and the driver calls forth David’s soul. It turns out that Georges is the doomed driver, having died on New Year’s Eve the previous year. Georges takes David’s spirit down memory lane. We learn that David had a happy life, married to his wife Anna (Hilda Borgström) and with two children. However, after meeting Georges, David and his brother become drunken degenerates and David is soon jailed for public drunkeness. On the day of his release, David learns that his brother (whom he introduced to alcohol) will be in jail for years after murdering someone while drunk. A repentant David returns home to find his wife and children have left. David is irate that he’s been abandoned and vows to find his family and exact revenge upon them. As he searches for his family, David falls deeper into debauchery and contracts consumption (tuberculosis). He eventually arrives at a shelter run by a charity worker named Edit (Astrid Holm). She takes him in and makes efforts to help him, all of which he rudely rebuffs. Worse yet, he gives Edit consumption (which she is now dying from).

Georges forces David’s soul to visit Edit on her deathbed. There, David learns that Edit fell in love with him during the course of her efforts to redeem him. In flashbacks, we learn that Edit eventually helped David find his family. Although he and Anna reconcile, David soon returns to his cruel and drunken ways to get his revenge. One night, after David almost infects the kids with his consumption, Anna unsuccessfully tries to flee. Edit has felt guilty ever since for reuniting David’s family, believing she only caused them all more pain. David’s soul embraces her and says she is not responsible. Georges and David depart, with David saying “others” will be along shortly to claim Edit’s pure soul (implied to be angels). As they ride to their next destination Georges says that if he could live again, he would tell people to pray that their souls mature before they are reaped (i.e., that they could die at peace having lived a fulfilling life like Edit).

To David’s horror, they arrive at Anna’s home (David stating that they are to reap the souls within). David and Georges (who are invisible) observe Anna brewing tea laced with poison. Believing there is no other way to escape David, she intends to kill herself and her children. David is horrified at what his revenge has wrought and begs Georges to let him intervene. Georges relents and allows David’s soul to return to his body, noting that David’s request has assuaged his own guilt over leading David down this dark path. David, now resuscitated, rushes home just in time to prevent Anna from going through with her plan. He convinces Anna that, this time, he’s truly turned over a new leaf and is dedicated to being a good husband and father. Anna believes him and the pair embrace. David repeats the prayer shared with him by Georges, asking god to let his soul mature before it is reaped. 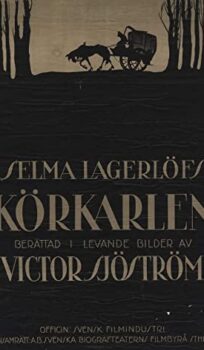