Submitted by Curt (Pooper) and Evan B (Long)

Hearing of Tracy’s impending nuptials, Dexter returns to town. Knowing Tracy abhors the press, he contacts the local paper and promises he can sneak a writer and photographer into the house for the weekend and the wedding. The editor assigns Macaulay “Mac” Connor (Jimmy Stewart) and Elizabeth Imbrie (Ruth Hussey) to the job. Mac is a short-story novelist using this job to pay the bills (Elizabeth is a painter, also making a living in her job). He has contempt of both his job and of socialites like Tracy, all of whom he considers vapid. Dexter is welcomed into the house by Tracy’s mother and Dinah. He claims that Mac and Elizabeth are close friends, though Tracy and family soon determine that they are undercover newsmen. Dexter pulls his trump card and threatens to expose an affair Tracy’s father is having if she kicks the newsmen out.

Tracy reads some of Mac’s works and is enamored with his passion. Mac also grows to respect Tracy’s intelligence and independent spirit. Elizabeth is casually dating Mac, and watches unhappily as he and Tracydevelop a mutual attract. Meanwhile, Tracy and Dexter continue to argue with each other. Dexter is revealed to have been a brutal drunk during their marriage, intimating that he may have been physically abusive to Tracy. Meanwhile, Dexter notes that Tracy is self-absorbed and obsessed with maintaining her ego, letting her actual personality shine through only once during their marriage. Dexter mockingly calls her a goddess who demands worship, which upsets Tracy greatly. Tracy is more distressed when George woos her by referring to her as a goddess he wishes to worship. Tracy claims she just wants to be loved as a human being. To add insult to injury, Tracy’s dad returns home for the wedding and claims his affairs are a result of Tracy’s cold-hearted demeanor towards him (a claim that her mother apparently agrees with).

The night before the wedding, Tracy uncharacteristically gets drunk (it is also revealed that Dexter has given up drinking). She finds a similarly drunken Mac and the two have sexually charged conversation before kissing and spending the night together. Early the next morning, he carries a still drunken Tracy back to her room and is caught in the act by Dexter, George, and Dinah. Dexter punches Mac (in order to prevent George from beating Mac senseless) and George leaves in anger. Tracy wakes up with a massive hangover, having totally forgotten the night before. She is dismayed when Dinah, and later Mac, remind her of her shameful dalliance.

Tracy calls George and begs him to come over as the guests arrive for their wedding. Tracy apologizes profusely to George and Mac admits that the pair only kissed twiceand nothing more. George agrees to go through with the wedding, but Tracy finally realizes that they simply are not meant for each other and breaks off the wedding. George understands and leaves.

Tracy’s parents offer to call off the wedding and send the guests home, but Tracy doesn’t want them to “rescue her” this time. Mac proposes to her on the spot, but Tracy says he doesn’t really love her. Everyone agrees that Mac is meant to be with Elizabeth, who gladly takes Mac back. To everyone’s surprise, Dexter proposes, saying that they both have matured and that he wants to try again. Tracy agrees and takes him back. The pair get re-married (which especially thrills Dinah) with Mac and Elizabeth serving as best man and maid of honor in front of all the guests as an unknown undercover photographer surprises everyone by snapping a photo of the wedding. 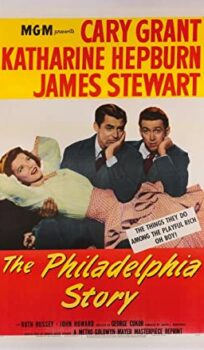