After a long and eventful train ride and getting lost at the North Pole, the children make their way to the town square.

The boy decides he believes in Santa even though he can’t hear the sleigh bells and he can’t see Santa (because the elves are in the way). Once he realizes this, he can suddenly hear the bells and Santa comes to him and chooses him to receive the first gift of Christmas. He chooses the bell that fell off the sleigh, but nearly immediately loses it when he puts it in his torn pocket.

He rides back home on the train and goes to sleep.

The next morning, the bell is among his presents. The narrator says that while everyone else he knew lost the ability to hear the bell ring as they grew older and stopped believing in Santa, he never did. 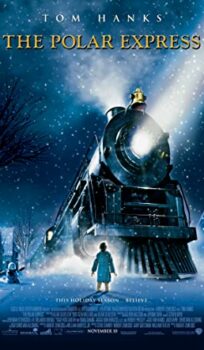