Jesse (Michael Mullins) decides to be with Laurie (Jennifer Ashley) over Sue Ann (Susan Player), having felt a deeper connection with her. Sally (Lisa Reeves) ends up dumping her boyfriend Duane (Bill Adler) so she can be with Johnnie (Robert Carradine), finding him less abrasive and more charming than Duane.

Rosedale High’s first football game of the year against Hardin High goes terribly after Jesse quickly instigates an all-out brawl between not just the teams, but also with their respective cheerleaders and fans. As the Rosedale High team is showering after the game, Coach Ted (James Gammon) – who didn’t like Jesse even before the fray – angrily confronts Jesse and challenges him to hit him, but Jesse doesn’t take him up on it. However, once he gets in the parking lot, his anger boils over and he walks up to Ted and punches him in the face, then drives off in his van, all the while ignoring Laurie’s attempts to get his attention. She, Johnnie, and Sally search all around town that night for him without success, but he later turns up outside Laurie’s bedroom window and wakes her up. After inviting him in, he tells her that he is leaving Rosedale High and wants her to come with him, and they end up making love for the first time and he stays there for the rest of the night.

At school the following Monday, Ted finds and stops Jesse and tells him that he will be chatting with Principal Meyers (Lou Fant) later over the attack. He says that he will convince Meyers to not suspend him, but he tells him in a roundabout way that he plans to punish him by making his life hell on the field for the rest of the season. After he leaves, Johnnie and Laurie approach Jesse to ask what Ted had talked to him about, and then Duane – seething over Johnnie wooing Sally away from him – comes up to Johnnie and challenges him to a Suicide Chicken car race on Saturday afternoon, where they will meet at a local cliff and each will race the other’s car as close as they can to the edge until someone brakes. Despite Jesse’s and Laurie’s attempts to dissuade him, Johnnie accepts the challenge. Jesse later meets with Ted and Principal Meyers to discuss the issue of him hitting Ted, and after Jesse gets his no-suspension guarantee, he declares that he is quitting the football team and then walks out, getting the last laugh on Ted. As Jesse, Laurie, Johnnie, and Sally are out drinking later that day, all attempt to persuade Johnnie to forego the race, but he still refuses to listen.

Johnnie ends up winning when Duane stops his car, but Johnnie’s car goes over the cliff and explodes soon after hitting the ground. Everyone sees the explosion and believe that Johnnie is dead, but he soon emerges behind them, having just barely managed to get out in time. After his friends hug him, he mocks Duane – who soon gets comforted by Sue Ann – and jokingly says they ought to do this again next week, provided Duane can procure another car by then. 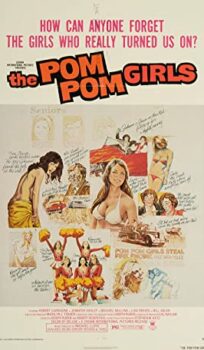