Captain Stanley (Ray Winstone) apprehends outlaw Mike Burns for a heinous crime committed against a young woman who was with child, resulting in her death. Stanley’s ultimate goals is to get Mike Burns’ brother, Arthur, who is the leader of this ruthless gang. Stanley makes a proposition to the third brother, Charlie (Guy Pearce) – apprehend Arthur within 9 days and help bring him to justice and Mike will be freed. Charlie agrees and sets off to find Arthur.

The town feels that Captain Stanley is weak and wants to see Mike punished for his crimes. Stanley unwillingly relents and Mike is punished with 100 lashes, but after 38 lashes, he is barely alive.

Meanwhile, Charlie finds Arthur and they plot to free Mike. When they make the prison break and find Mike near death, Arthur leads the gang to Stanley’s home where they beat Stanley, shoot him and force him to watch as they rough up his wife, Martha (Emily Watson). Mike dies in Charlie’s arms so Charlie races to the Stanley house, sees what is happening and kills Arthur. We assume that Captain Stanley and Martha live through their ordeal and Charlie rides off into the sunset. 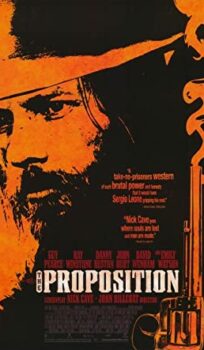