Pyle (Brendan Fraser) is a CIA agent working to install General The (Quang Hai) as the new leader of Vietnam. He wins over Fowler’s (Michael Caine)’s mistress, Phuong (Do Thi Hai Yen), after Fowler’s wife in London denies his request for a divorce. Pyle is responsible for the bombing in the square. Hinh (Tzi Ma), Fowler’s coworker and a communist, asks Fowler to set up Pyle for assassination. Fowler agrees. Pyle is killed by Hinh. The police suspect Fowler, but do not press him. Phuong returns to Fowler and they remain in Vietnam through the 1960’s.
Complete re-write by the moviepooper staff… 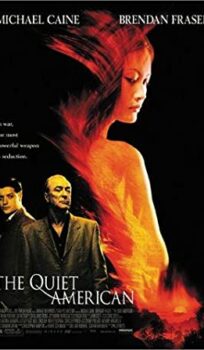