Umberto Nobile’s 1928 expedition to reach the North Pole by airship ends in disaster when Nobile’s ship, the Italia collides with ice.  On impact, the airship’s gondola is torn from the rest of ship.  Freed of its weight, the rest of the airship floats away and out of control, taking some of Nobile’s crew with it – none of whom are ever seen again.  Nobile survived the disaster but was scapegoated for it, and continued receiving the blame even decades later.  The film begins in the 1960’s, when a now elderly Nobile (Peter Finch), alone in his apartment, imagines being visited by the victims of the disaster.  Vindictive, they form a court to try him for his actions.  Among them are Samolovich, a Soviet icebreaker captain sent to rescue the survivors, Finn Malmgren, a crewman who survived the crash but died while trying to walk to King’s Bay, Valeria (Claudia Cardinale), Malmgren’s lover, and famed explorer Amundsen (Sean Connery) who joined one of the rescue teams and disappeared, never to be found.

Nobile and his crew spend a month on the ice before Lundborg, a Swedish pilot, finds them.  Although Nobile wants Lundborg to take their most wounded survivors, the pilot insists only on taking Nobile.  Reluctant, but sure he can help speed up the rescue, Nobile agrees.  Brought to an Italian ship, Nobile is horrified to learn that he has been stripped of command for abandoning his crew.  Desperate, Nobile radioes Samolovich, imploring him to save the other survivors.  The Russian must deal with damage to his own ship, and because the Italia’s survivors are on drifting ice, Nobile’s position reports are useless.  In the film, Amundsen describes how he died while searching for the Italia: blown off course, Amundsen spots the remains of the Italia’s envelope and keel – the upper part of the airship and also what appear to be survivors, He orders the pilot to land, but the plane crashes and the pilot is killed.  The men whom Amundsen thought were survivors were actually already dead.  Amundsen is marooned with no hope of rescue, and the remains of the Italia offer nothing with which he can shelter himself with or build a fire.

Ultimately, the Russians find and save both the survivors who stayed with the camp, as well as Zappi and Marianno who had tried to reach Kings Bay with Malmgren.  With Malmgren dead, Valeria condemns Nobile for leaving his men behind.

The film concludes back in Nobile’s apartment.  His accusers end their story and begin deliberating.  Samolovich refuses to condemn Nobile, because the Russians’ rescue of Nobile’s crew was the direct result of Nobile’s decision to leave them for King’s Bay and radio the Russians’ ship.  While Nobile’s actions were not heroic, a commander has no right to be heroic, the Russian concludes.  The others are unforgiving, and quickly condemn him.  However, Amundsen discounts the verdict because the accusers are unfit to judge, being embittered, indifferent and sterile.  With the court dismissed, Amundsen gets Nobile to reveal how his motives for leaving the crew behind were not 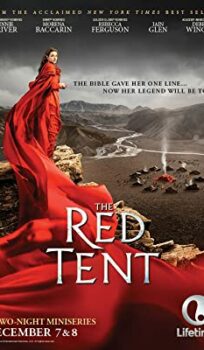