Ron Clark (Matthew Perry) is the teacher who takes underprivileged kids in a tough Harlem neighborhood and turns them around.

The end states that Mr. Clark’s students went on to attend some of the finest middle and high schools in New York City. His book of classroom rules, ‘The Essential 55’, spent 13 weeks on the New York Times best seller list and has been published in over 25 countries. His school, ‘The Ron Clark Academy’, will open in Atlanta, Georgia in the Fall of 2006. Mr. Clark continues to be involved with his family of kids from Harlem, taking them around the world, from Costa Rica to Japan and South Africa. 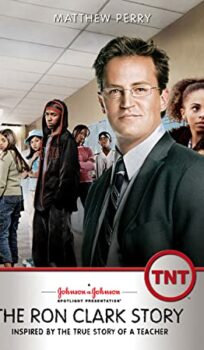