Delarue (Jeffery Dean Morgan) has been selling all the land Mayor Keane (Jonathan Pryce) has been buying from the townspeople to a oil company. Knowing the people will never be safe until Delarue is dead, and wanting revenge for the deaths of his wife, son, and brother, Jon (Mads Mikkelsen) decides to end things.

Jon kills Mayor Keane for his treachery and cowardice, then systemically begins to kill off the remaining of Delarue’s men. However, Delarue gets the drop on Jon. Before he can shoot him though, Madelaine (Eve Green), Delarue’s widowed sister in law, who he had beaten and raped numerous times, shoots him twice. Jon kills him finally with a bullet in the head.

The sheriff, who had called for federal help, shows up after everything is over. When he realizes Madelaine is still alive, he goes to arrest her, Jon gruffly tells the men she is leaving with him, and indirectly threatens to kill them all if they resist. Jon and Madelaine leave town to start a new life. The film flash forwards, showing the oil company eventually took over the entire town, using several functioning oil wells. 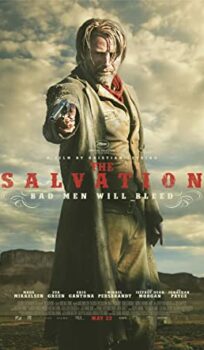