After she is convicted and locked away in an asylum for four months, her fiancé David McLean (Robert Ryan) finds proof that she was gaslighted. He and Ellen’s lawyer Gregory Kent (Philip Ober) convince the judge and the asylum director of her innocence and develop a plan to re-acclimate her into society. But Kent was behind the whole scheme! He wanted Ellen to suffer because her father several years earlier had Kent committed for four years.

When Kent realizes that Ellen knows the truth, he tells her that she will have to kill him (and return to the asylum for the rest of her life), or he will kill her. He chases her and corners her in Aunt Clara’s (Jane Cowl’s) attic. Just then, David returns and foils his plan. As David consoles a frantic Ellen, Kent attacks him. David fights back, knocking Kent to the ground. As Kent reaches for a crowbar to kill David, he dislodges a large beam that is holding up a giant mirror. The mirror falls on Kent, crushing him. Ellen and David live happily ever after. 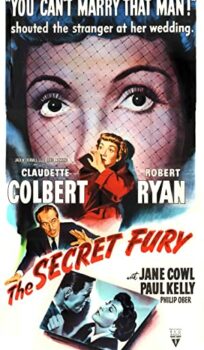