A mute janitor named Elisa (Sally Hawkins) discovers a fish-like humanoid creature, the “Asset”, in the facility where she works. She befriends it and eventually falls in love with it. She and her friends help break it out and bring it to her apartment.

The ruthless Colonel Strickland (Michael Shannon) pursues the creature and eventually discovers that Elisa plans to take it to a nearby canal to set it free. Strickland shoots both Elisa and the Asset, but since the creature has healing powers, it revives itself before it kills Strickland. The Asset takes Elisa underwater and revives her by giving her gills, so they can be together forever. 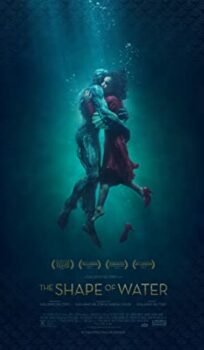