The story is divided up into three segments (called transmissions).

In the first segment, a signal is transmitted through all forms of communications. When someone sees or hears the signal, it causes them to go crazy and kill anyone around them. Mya (Anessa Ramsey) escapes from her husband Lewis (AJ Bowen), who has been corrupted by the signal, and she decides to go to a train station, where she will meet her lover Ben (Justin Welborn) and escape from the city.

In the second segment, Lewis starts to track down where Mya went and winds up at a New Years Eve party. After many darkly funny situations, Lewis winds up killing a couple of people and finds out from Clark (Scott Poythress) where Mya went. Shortly afterwards, Lewis is knocked out by Ben.

In the third segment, Ben and Clark escape from Lewis and make their way to the train station. Ben and Clark have been corrupted by the signal, but they were able to control themselves and not kill anyone. When they get to the train station, they find that Lewis has beaten them there, and has forced Mya to become corrupted by the signal. Lewis strangles Clark and beats Ben up. While Lewis hallucinates, Ben tricks Lewis into killing himself. The movie ends on an ambiguous note – Ben tries to help Mya control herself from the signal but we don’t find out if he’s successful or if they escape. 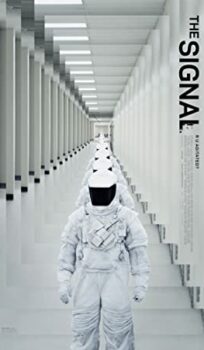