A group of people are waiting for a bus to Mexico City, that is hours late.  Each of them is desperate to get there quickly for different reasons.  It is raining torrentially, late at night.  A young bearded man, Ulises (Gustavo Sánchez Parra), wants to reach his wife, who is in labor in Mexico City.  One by one, each of the others goes into convulsions.  When they recover, they gradually change appearance, until they look just like Ulises.  Rosa (Catalina Salas), the cleaning lady, stabs and kills herself when she sees she has a bearded man’s face.

There is a sick boy, Ignacio.  His mother injects him with a medicine.  Alvaro (Humberto Busto), a medical student, takes the medicine away from her, saying it is too powerful and will harm a child.

Ignacio (Santiago Torres), the young boy, is responsible for the changing faces.  He has a power to make whatever he imagines happen.  He is reading a comic book about aliens invading earth and giving everyone the same face.  The medicine was a tranquilizer to keep his power in check.  Without that inhibition, he now has free reign.  Using his toys to control people, he has Martin (Fernando Becerril), the ticket agent, shoot Ulises.  Then he makes Irene’s boyfriend kills Martin.  He makes Alvaro, the medical student, kill Irene’s boyfriend.  He keeps the doors locked so no one can leave.

When the police arrive in the morning, only Ignacio, his mother and Alvaro are alive.  The police blame Alvaro for the killings, saying it was a drug induced frenzy.  Ignacio and his mother finally get on the bus to Mexico City.  Other than Ignacio, everyone has the same bearded man’s face, including his mother.  Ignacio looks at his other books, which are on a tidal wave, an earthquake and other disasters, implying he will produce one of those next. 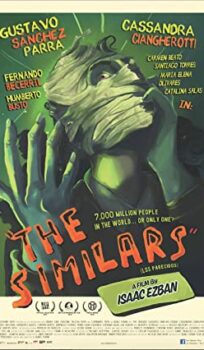