Over the course of the evening, Noah (Jonah Hill) gets to know all three of the kids, and manages to give them all surprisingly wise, tender advice.

He encourages Slater (Max Records) to admit that he’s gay, and tells him it’s nothing to be ashamed of. He learns that Rodrigo (Kevin Hernandez) misbehaves because he’s been shuffled around to several different foster families, and is convinced his current family will dump him soon, too. And he tells young Blithe (Landry Bender) to stop trying to be a celebrity, and enjoy just being a normal little girl.

Noah and the kids rescue his vain, superficial girlfriend Marisa (Ari Graynor) from the party, just before drug dealer Karl (Sam Rockwell) and his henchman Julio (J.B. Smoove) burst in with their guns firing.They drive away in the family’s red minivan, with Karl and Julio in hot pursuit. Rodrigo tosses one of his firecrackers in Karl and Julio’s van, causing them to crash. Moments later, the red minivan crashes in New York’s Central Park. Marisa and the kids escape, but Karl finds Noah and is about to kill him. Blithe takes a cell phone and calls the black gang they’d met in a club earlier, and asks for help. The gang comes to Noah’s rescue, and beats Karl to a pulp.

Noah take Marisa home, and unceremoniously breaks up with her. Then he gets the kids home, tidies up, and gets them into their pajamas before their parents get home. Before Noah goes home, he tells their arrogant doctor father that everyone knows he’s having an affair with his assistant, and that he’d better knock it off- after all, he’s already married to an extremely hot woman.

As Noah leaves, he sees Roxanne (Kylie Bunbury) driving by in the Mercedes he had stolen from his Dad. They dump the car, and take a walk, looking up at the spectacular night sky together. 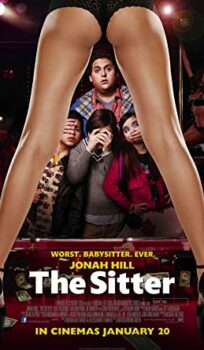