After sneaking aboard the Liparus and freeing the Russian and American submarine crews, James Bond (Roger Moore) leads an assault which allows him to take control of the ship. He signals the stolen submarines and provides them with the coordinates of each other instead of for Moscow and New York.

Triple-X is about to shoot Bond for his killing her lover in the opening scene, but instead Bond’s “last request” and his inimitable charm overpowers her. When the British Navy recovers the Atlantis escape pod they are floating in, Bond simply draws the curtains. Jaws is seen swimming away from the sinking Atlantis after biting the shark. 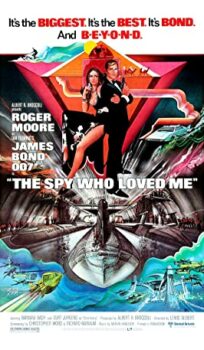