The Stepfather, played by Dylan Walsh, is seen in the beginning of the movie changing his appearance after killing a family. He finds the next target in the grocery store when he comes across Susan (Sela Ward) arguing with her children. They are smitten and quickly become engaged.

The son Michael (Penn Badgely) comes home from military school and meets him. He and his father, Susan’s ex, are very suspicious of him. Susan’s ex is killed and Michael becomes even more suspicious. The stepfather is aware that he is about to be discovered and plans to kill the family. He gives Susan a sleeping pill while Michael sneaks into the basement to snoop around. It is there Michael discovers his real father’s dead body and realizes the stepfather is a killer. They fight and fall off the roof. Michael wakes up in a coma and is told his stepfather escaped.

The final scene is of the stepfather meeting his next victims in a hardware store. 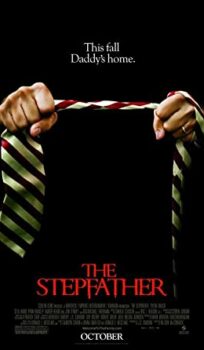