Pooper:
Jean, George and Neil all conspired to murder Julie (and thus reap various financial benefits). She fakes her death and all three men are killed in the aftermath.

Long Ending:
The film opens in Austria where a man dressed in black picks up and slaughters a prostitute. Soon after, diplomat Neil Wardh (Alberto de Mendoza) and his wife Julie Wardh (Edwige Fenech) arrive in Austria. Julie is a wealthy heiress. She is disturbed by the news of the serial killer who is killing prostitutes by slitting their throats with a straight razor.

Neil is constantly working and emotionally distant. Julie goes to a party with her friend Carol (Conchita Airoldi) who encourages her to begin an affair with her attractive cousin George (George Hilton). Julie is disturbed to find her violent ex-boyfriend Jean (Ivan Rassimov) has also shown up at the party. We learn that Julie was in a sadomasochistic relationship with Jean, where the presence of blood both disgusted and turned her on (this is Julie’s “strange vice”). When George learns Jean is in town, he threatens him, but Jean just laughs in his face.

Julie begins to suspect that Jean is the serial killer as she sees his car near the scenes of various murders. Eventually, her fear of Jean causes her to turn to George for comfort and the pair begin an affair. After their first night together, Julie receives a call from a mysterious assailant claiming to have pictures of the affair and demanding ransom. Carol decides to drop off the ransom (despite the caller demanding that Julie do it) and is murdered by a man dressed in black (presumed to be the serial killer). Julie goes to the police and claims Jean is responsible, but Jean has an airtight alibi. Later, George and Julie find Jean dead in his apartment when they go there to confront him.

Julie is continuously stalked by a man in black and narrowly escapes twice. She finally agrees to run away with George to Spain. While the pair are in Spain, the serial killer (who is a random person) is killed when he attacks a woman who looks like Julie but is killed by his intended victim. Julie reads of this in the paper and believes she is safe, but has a psychological breakdown when she is attacked soon after by an unseen assailant. George drives off to get a psychologist while Julie rests in bed. Julie hears a noise and when she gets up to investigate she is attacked… by Jean (who had faked his own death)! He knocks her unconscious and locks her in a room with the gas leak while setting up the crime scene to make it look like a suicide. Jean leaves the house just before George and the psychologist return. They find Julie and rush her to the hospital where she is declared dead by suicide.

George drives into the desert… where he meets with Jean. George tells Jean he can now flee to America and start a new life as nobody would suspect him of murder. Jean demands payment and George double-crosses and shoots Jean dead. He then drives off… and picks up Neil. As the pair drive together, they toast their successful plan. It turns out that Neil is deep in debt and Julie’s life insurance policies will allow him to pay off all his creditors. Meanwhile, Carol’s death (it is revealed that Neil killed Carol) means that George is the only heir of his own family’s estate, so he will inherit generational wealth. They reveal they hatched the plan to kill the women when they saw a serial killer was on the loose in Austria and assumed that the police would pin any deaths on him (although when the serial killer was killed before they could murder Julie, they had to make her death look like a suicide).

As the pair drive down the highway, they pass a hitchhiker and Neil swears that it was Julie. He eventually convinces George to turn around and they see that it is indeed Julie. As the men stare at her in a state of shock, police cars begin emerging. The pair realize that Julie must not have died and instead worked with the police to expose them. As the pair engage in a high speed escape from the police, they lose control of the car and careen off a cliff to their deaths. The police tell Julie they suspected the men once they realized Carol’s manner of death was different than the other victims of the serial killer, but needed to let them attempt to murder Julie to catch them in the act. She gives a sigh of relief, finally free from those who had tried to murder her. 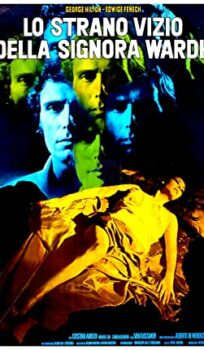