After his girlfriend is attacked, mercenary Jonathan Shale (Tom Berenger) goes undercover at her high school as a teacher to roust out the gang that targeted her. He discovers that the school principal Claude Rolle (Ernie Hudson) is behind everything; working with the gangs to funnel the drugs through the school, and going as far as murdering a fellow teacher Darell Sherman (Glenn Plummer) to keep his corruption a secret.

Little by little, Shale attacks the operation, finally attempting to lead Claude into a trap at the school. However, Claude and his partners have enlisted the services of a rival mercenary and his men. A large gun battle ensues, killing all the rival mercenaries, but also Wellman (Richard Brooks), Rem (Luiz Guzman) and Hollan (William Forsythe).

Claude tries to kill Shale, but Shale kills him by smashing his nose bones into his brain. Shale walks off with surviving mercenary Joey Six (Raymond Cruz), as they jokingly discuss where they should go for their next job. 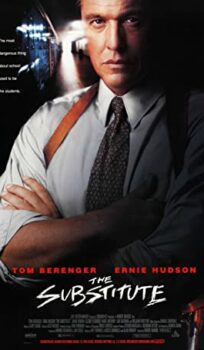