Henry (Eric Bana) comes to learn from the ten-year-old self of his daughter Alba (Hailey McCann) that he will die at age 43, when she is five years old (Tatum McCann). He even gets to see how, a couple of times over the course of the film: from a gunshot wound. This explained why, when coming from the future, he would never look any older than a fortysomething, regardless of the moment in time where he would show up.

In one of his time-travelling leaps, upon his return, he comes back having almost frozen to death and with a bad frostbite on his right foot, which puts him to a wheelchair; he also learns from five-year-old Alba that she was able to control her time-travelling by singing, which he refused to do.

Eventually, the very dreaded moment comes: one winter night, while some fireworks start shooting over the sky, he says goodbye to his dad, daughter and friends and has a final moment with Claire (Rachel McAdams). Then, he disappears and shows up at the woods surrounding Rachel’s childhood home, where he spots a deer; at that same time, a shot is fired from the distance, which he gets on his stomach; he leaps back to what was the exact moment of his death, mortally wounded and passes away, surrounded by his loved ones.

Then, he gets to time-travel again to the future, where he meets ten-year-old Alba, and Gomez’s (Ron Livingston’s) and Charisse’s (Jane McLean’s) twins; they send for Rachel, and they both meet again, but he lets her know he can’t stay; she understands. He disappears, leaving his clothes behind, which Rachel and Alba pick up -obviously to save for him for his next appearance- as they walk away together. 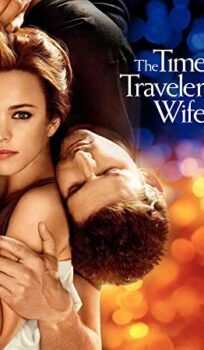