Lai Lai Zhen (Kelly Hu) was the killer of Joshua Harlow’s (Ving Rhames) wife.  She is remorseful and somewhat suicidal over killing a pregnant woman and thus has protected Father MacAvoy (Robert Caryle) to redeem herself. She had only entered the tournament to get the money to disappear; she doesn’t care if she dies because she feel she deserves it.

The assassin’s are whittled down till only Harlow and Zhen remain. Though Zhen admits to the murder, she tells Harlow that Powers, the organizer of The Tournament ordered it.  MacAvoy tries to talk to Harlow out of killing Zhen but Harlow stabs her.

When Harlow confronts Powers about his wife’s death, Power nonchalantly speaks of it, telling Harlow men like him have deaths on battlefields, not in peaceful lives. Enraged that Powers took part in a decision that wasn’t his to make, Harlow reveals he only cut out Zhen’s tracker and shoves it in Powers’ mouth; this causing the bomb timer to reactivate killing them both.

The tournament is covered up though with Powers dead, this surely will be the last one.  MacAvoy rediscovers his faith, and Zhen stops by in the church to give him a brief smile before disappearing to hopefully start a better life. 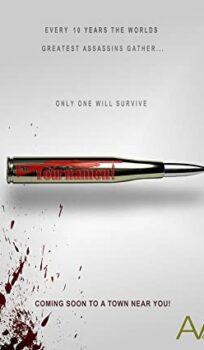