The Unbearable Weight of Massive Talent(2022)

Legendary actor Nicolas Cage has hit a rough patch in his career, seeing very few roles and drowning in debt, while also suffering a bad relationship with his ex-wife Olivia and their daughter Addy. An opportunity presents itself when Nick is offered $1 million to show up for a birthday. He is taken to an island where he meets a superfan named Javi Gutierrez, who wants Nick to help make a screenplay of his own creation. Nick and Javi bond and become close friends.

The CIA ropes Nick into their plans since they think Javi has kidnapped a young woman named Maria, who is the daughter of the Catalonian president that is against crime, and the hope is for him to drop out of the re-election campaign. As Nick gets closer to Javi, he realizes that he cannot be responsible. Javi even flies Olivia and Addy out to the island to try and reconcile with Nick, but they think it’s just one of his lame ploys to revive his career. Javi learns that his cousin Lucas is the true villain working for a notorious crime boss, and he kidnaps Addy to make things more complicated.

Nick teams up with Javi, Olivia, and Javi’s wife Gabriela to rescue the girls by tapping into his true acting abilities. They save the girls and Nick kills Lucas. The adventure is later made into a real film, which helps revive Nick’s career, and his relationship with Addy is better. He and Javi also remain friends. 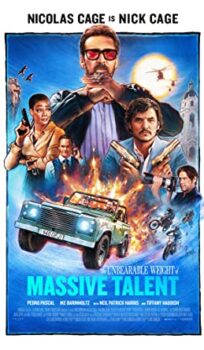