In the town of Banfield, Massachusetts, journalist Gerry Fenn comes across a tree with a mysterious doll and breaks it. He later meets a girl named Alice Pagett, who is known as being deaf-mute, but after going near the tree, she speaks and claims to hear the voice of the Virgin Mary telling her to speak to the townspeople and perform miracles. After healing a paraplegic boy and her uncle, the town’s priest Father Hagan, from his emphysema, the townspeople believe Alice is a healer, and the tree becomes a shrine.

After doing some research, Gerry and Dr. Natalie Gates learn that the doll that Gerry broke was used to imprison the spirit of a woman named Mary Elnor, who had healing powers but was working through Satan, so the townspeople nailed a mask to her face and burned her alive while trapping her spirit in the doll. Furthermore, she made a deal with the devil to continue living on through her descendants, and Alice is the current descendant. Hagan is killed by Mary’s ghost when he goes back to smoking after she healed him, while Monsignor Delgarde from The Vatican is killed in the church when trying to return Mary’s spirit to the doll.

Gerry and Natalie go to a service at the shrine where Mary plans to use Alice to gain more power through the townspeople’s faith. Gerry and Natalie convince the crowd that Alice is a fraud, which angers Mary and unleashes her ghost. She kills the scheming Bishop Gyles after he tries to intervene, but when she goes after Gerry, Alice steps in the way and takes Mary’s hit. Having killed her descendant, Mary can no longer live and her spirit is destroyed. Gerry prays for Alice’s survival, and she wakes up. However, it is implied through an image of the Virgin Mary statue crying blood that this means Mary can still come back. 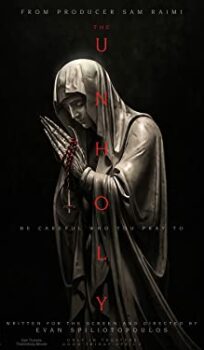