The Unkindness of Ravens(2016)

Andrew (Jamie Scott Gordon) is a homeless war veteran and poet, haunted by his time during the war. His dreams are plagued with Raven like creatures which give him a strong phobia of Ravens. On the advice of his therapist, he travels to a cabin in the Scottish Highlands to relax and start confronting his demons.

However, soon after arriving he is plagued with constant hallucinations of an imposing small army of Raven Warriors and his mocking doppelganger who urges him to commit suicide before the supernatural Raven Warriors kill him first.

Revealed in flashbacks, it turns out that not only Andrew is dealing with survivor’s guilt of his squad dying around him, he was also an unintended accessory to war crimes. Unwilling to give up, Andrew battles the Raven Warriors (apparently inside his own mind) and conquers them, ending their reign of terror over him for good.

The film ends with Andrew getting a key from his therapist for a small apartment. He goes inside, taking his next step on getting better and moving on with his life. 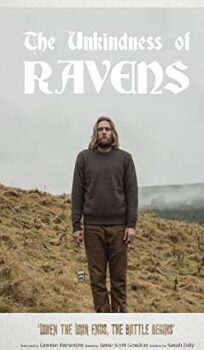