Set in the Old West, Charming Jones (Ann-Margret) is traveling to town to claim money left by her father.  Charming’s father, who suspects she would be a target for thieves, hires the good-looking but naive Handsome Stranger (Arnold Schwarzenegger) to ride with her back home.  As it turns out, the evil banker who lent her father the money wants it back, so he hires Cactus Jack Slade (Kirk Douglas) to get it back from her.  Cactus Jack is a bandit, but not a very good one.

Throughout the movie, Cactus Jack, along with his horse Whiskey, comes up with several elaborate plans to stop Charming and Handsome, but all of them backfire hilariously.  The scenes are similar to a Road Runner/Wile E. Coyote cartoon, including Cactus Jack hanging in mid-air before falling off a cliff, and Charming and Handsome riding through a tunnel that Cactus Jack had just painted onto a mountain.  While that’s going on, Charming keeps hitting on Handsome Stranger, but the clueless cowboy doesn’t catch on to what she’s doing. 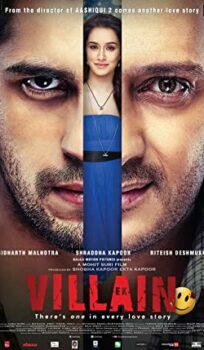