The Rogues killed Cyrus (Roger Hill),the leader of The Riffs, at the meeting in The Bronx, not The Warriors.

After a 27 mile race behind the enemy lines, The Warriors reach their home in Coney Island pursued by The Rogues as well as many other gangs along the way, and meet them at the beach to fight them back.

Just as the leader of the Rogues is about to shoot him, Swan (Michael Beck) throws his knife at him, hitting him in the hand.

The Riffs appear in the beach too, claiming they are no longer looking for The Warriors, because they know who killed Cyrus.

The Warriors go free and The Rogues are… “punished”. 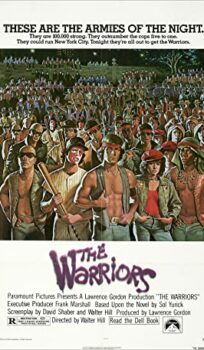