Short pooper:
Jack (Ben Affleck) relapses on his drinking, which gets him into trouble by accidentally breaking-and-entering into a house, as well as fired from his coaching job. Upon realizing he’s hit rock bottom, he accepts getting help and goes to counseling and rehab. He makes amends with his closest people and feels proud of the basketball team, who go to the playoffs and dedicate their first game to him.

Long version:
When it seemed everything was going well for Jack and he had found a purpose to stay sober and focused, thanks to his coaching of the basketball team of his former High School and the victories it was carrying along, tragedy strikes: he and his estranged wife Angela (Janina Gavankar) learn that Miguel (Sal Velez Jr.) and Sofia’s (Yeniffer Behrens) son, David (Justice Allan) is back in the hospital, his cancer having relapsed. This overwhelms Jack and causes him to restart drinking.

He ends up getting fired by Father Devine (John Aylward) when he shows up to practice late and noticeably drunk and Dan (Al Madrigal) reports him. His drinking antics reach a breaking point when he picks up a woman at his usual bar, drives off with her, crashes his truck against a parked boat and, while attempting to flee, accidentally breaks-and-enters a house. The house’s occupants confront him and, as he tries to force his way out, he breaks through the front steps and lands unconscious on the street, which gets him hospitalized.

Jack’s sister, Beth (Michaela Watkins), seeing his state, puts her foot down and he agrees to get help. He is seen in therapy, tearfully opening up about the painful memories of his own son dealing with cancer treatments, just to eventually die -which, although not stated, seems to be what obviously drove him to alcoholism and caused his marriage to collapse-. He also does rehab and decides to make amends with Angela, apologizing for all his misdeeds and shortcomings as a husband, as well as with his extended family.

Meanwhile, the basketball team from Bishop Hayes, having successfully gone on to the playoffs, are explained they must carry on without Jack as their coach -Dan is back on this duty, with them-, but they dedicate their first game to him, nonetheless. Moreover, Brandon (Brandon Durrett) spots his father Russ (T.K. Carter) and his brothers at the game.

The movie ends with Jack enthusiastically shooting hoops at an outdoor basketball court, while we can overhear the animated narration of the game, with the Bishop Hayes kids performing flawlessly and the commentators stating how Jack’s past glory as a player must have translated into guiding the team to a powerful comeback. It is to be inferred that they’d go on and potentially win the championship again. 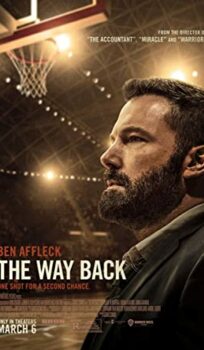